The writing page is finally up and running. Check out a selection of ten short poems, many with recorded readings!


May 2021 :
Cellist James Alexander premiered my composition Poem on a Landscape (2019) in a webcast performance. Check out the recording on the music page.


January 2021 :
I’m excited to be taking part in the January 1:2:1 composer/performer intensive workshop led by Nick Photinos with Molly Barth, Doug Perkins & Nina C. Young. Percussionist Kevin Zetina will be premiering my new composition Two Images for the Sunday, January 17 webcast concert. Check out the recording on the music page.


March 2020 :
A new playlist of experimental folk performances has been added to the music page.

I’m also totally recoding the website, with tables converted to divs (making my way into the 21st century!) & many other improvements. Excuse any temporarily dead hyperlinks on this news page.

September 2017 :
New collections are in the works for piano solo, percussion solo & for chamber quartet.

August 2017 :
I’ve just returned from the 12th annual Bang on a Can Summer Festival in North Adams, Massachusetts where I had the privilege of working closely with some of the most exciting comtemporary composers & musicians for three weeks.

Thank you to everyone who contributed to the crowdfunding campaign. I am so grateful. 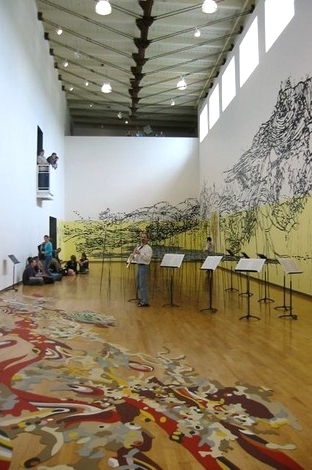 May 2017 :
I’ve been selected as one of nine composition fellows for Bang on a Can’s 2017 Summer Festival! 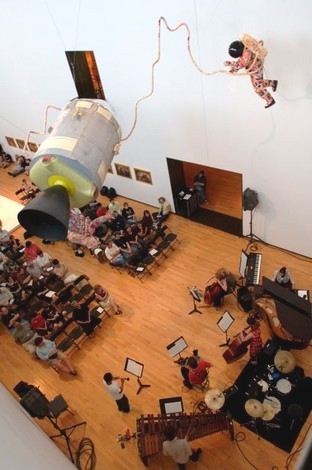 May 2017 :
My Passing the Pick & Bow students & I are featured on CBS Sunday Morning!

The program investigates potential ramifications for rural communities if NEA funding is cut.

May 2017 :
New composition recordings added to the music page.

May 2017 :
New arrangement of Shorora, Salat by Armenian legend Komitas added to the youtube channel.